Game of the Week

Here is the game of the week!
I will be posting games that you have seen in the manga "Hikaru no Go"
For this week, I have chosen the following game.
Episode 56:
After becoming an "insei," Hikaru had to play against all other insei including Yoshitaka Waya. As you know, Waya once played agaist Sai over the internet naming himself as "zelda."
Watching Hikaru's move, Waya get suspicious thinking that Hikaru might be the "Sai" that he played over the internet.
Black: Hikaru Shindoh
White: Yoshitaka Waya 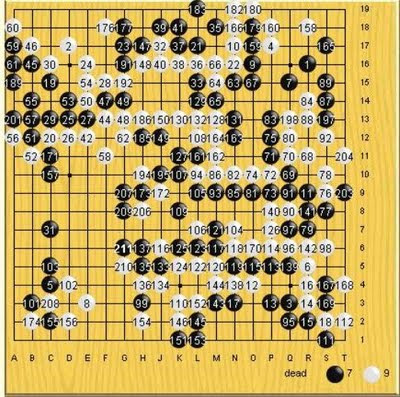 ラベル: Game of the Week

We welcome beginners and players of all strength. Beginner lessons are free! We have players of all ages (Our youngest player is only 7 year's old!!!)